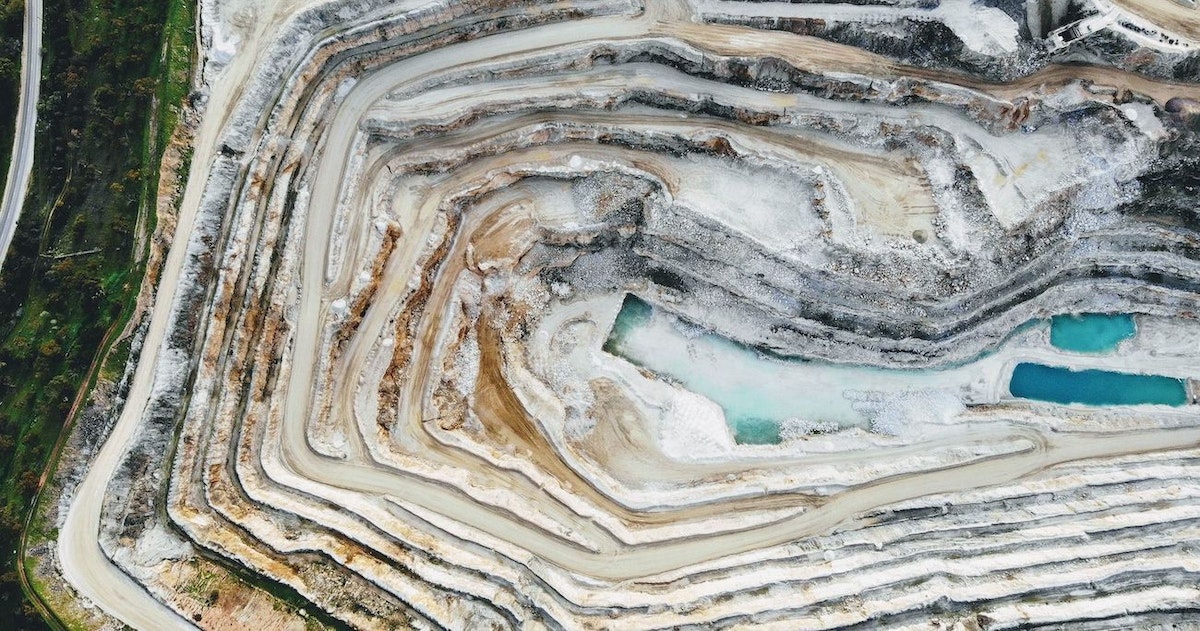 When we talk about "renewable" and "nonrenewable" resources, we're thinking in an human-centered way: will the materials we're using come back quickly enough to replace what we've taken?

The answer can get complicated. Consider water. Often, the water we drink is pumped out of aquifers. Some aquifers recharge quickly after rain falls. Others are trapped below layers of rock, and refill very slowly. Just how renewable water is, then, depends on where you are.

Some other resources are more obviously nonrenewable. Let's run through a few, with a particular eye on what each means as we work to slow climate change.

Fossil fuels are probably the most famous non-renewable resources, with good reason. These have powered the modern, industrial world. Their name is apt; tey come, literally, from fossils. Coal consists of plant matter that after decaying became trapped under sediment. Over millions of years, the resulting heat and pressure produced a black or brownish rock.

In certain eras, geological conditions led to particularly extensive coal production. The Carboniferous Period, which began 360 million years ago, was marked by shallow seas, where dead plant matter was easily trapped beneath mud. ("Carboniferous" means "coal-bearing.") The Carboniferous may have ended because new forms of fungus evolved that could decompose plant materials before they were buried, reducing the extent of coal production.

Coal was mined in ancient Rome and China, and its usage surged in the mid-eighteenth century, as the Industrial Revolution was launched. It had proved itself an efficient and easily transportable fuel.

But it's also deadly. Every step—from mining to washing to transportation to burning—releases pollutants that cause asthma, heart disease, cancer, neurological disorders—and, of course, global warming. Happily, though, global consumption appears to be falling.

"Crude oil" is a yellow-black liquid that is tucked into crevices in underground rocks. It was produced through a similar process as coal: the heat and pressure of rock turned decayed organic materials into something new. Instead of plant material, though, crude oil was formed from dead plankton and algae. Crude oil is also known as petroleum, a word can refer to both the unprocessed oil and the refined commercial product.

Petroleum is not only a fuel; it is a raw "feedstock" for many chemical processes, too, used to produce everything from pharmaceuticals to plastics. Though not as aggressively toxic as coal, oil is still a problem, both for the harm it can do to the environment and because it is a major contributor to global warming. Unfortunately, despite a dip in consumption this year due to the coronavirus, the use and production of petroleum are projected to continue unabated.

Natural gas is mostly methane, and unlike coal and oil does not necessarily depend on millions of years of geology: your average swamp releases a steady stream of methane due to the decomposition of plants and animals under the water. Most of the methane gas that we capture and refine, though, is also fossilized: it was trapped underground long ago by similar processes of sedimentation.

Methane may be cleaner than coal, but it's still a major contributor to global warming. And thanks to its cheap price, its use is rising.

While burning natural gas produces less carbon dioxide per unit energy than burning oil or coal, this still is no clean fuel. Methane itself is actually a more potent greenhouse gas than carbon dioxide. Its low price, though, means of late methane use has been booming.

There is another rock we mine for the sake of energy: uranium. This is not a fossil; instead, it was produced by a supernova billions of years ago and was swept up into the materials that would form our solar system. Uranium is radioactive, which means its neutrons split spontaneously. That process can be carefully controlled to harvest huge amounts of energy. Nuclear fission, as this process is called, also releases no carbon dioxide.

Today, nuclear reactors, using uranium as fuel, supply 10% of global energy—but almost 30% of the world's non-carbon energy. Nuclear plants may become an important supplement to a future green electrical grid, by providing a steady supply of power when weather conditions are not favorable for solar or wind.

Today, nuclear fission supplies 30% of the world's non-carbon energy. But the industry's future will require contending with economic and social challenges.

Nuclear faces challenges, of course: currently, the cost of building a nuclear plant is staggering. There is also a widespread sense of "nuclear dread" among the general public: A few high-profile disasters have led to fears of this technology, despite the fact that on a deaths-per-unit-electricity basis, nuclear is among the safest forms of power. An international task force is pursuing new nuclear technologies that may offer breakthroughs in safety and economics.

The modern world depends on plenty of other metals and minerals. We churn through 50 billion tons of sand each year, making this the most-used natural resource on earth besides air and water. And while there is plenty of sand out there, only some of it is the sand we want: desert sands are too small and rounded to be useful for making concrete.

Phosphates—rocks containing large amounts of the element phosphorous—are also in high demand. Because phosphorous is a limiting factor in the growth of many plants, phosphates are strip mined and converted into fertilizers. These rocks are usually formed from organic sources, and are often found at the bottom of the sea. (When found on land, phosphates often indicate the presence of a former sea.)

Gold was likely the first metal ever mined by humans. Like uranium, it predates the birth of the solar system. It's famous for its flashiness, but gold is about more than just jewelry. It's an effective conductor that is incorporated into much of the technology around us, including cell phones. Lithium is another modern essential, and its importance is growing: It is a fundamental component of many electrical vehicle batteries.

There is also a set of 17 elements, called the "rare earth metals," that are mined and often used in magnets and as catalysts for industrial chemical processes.

The word "non-renewable" raises a scary prospect: that these resources might one day run out. Given current rates of production, we're projected to consume our identified oil and gas reserves within 50 years. Coal reserves, meanwhile, are projected to last 130 years.

Even as we're extracting resources, the size of reserves often grow, thanks to new technology that allows us to mine regions that were once unreachable.

But don't put too much stock in these numbers. They do not indicate how much of each resource exists on earth, but instead how much of each we've identified and know how to extract. As technology advances, we often discover whole new stashes of resources beneath the earth's surface—and develop new ways to extract these reserves. (Think of, for example, fracking.) So even as we're tearing more and more resources out of the earth, the size of reserves can actually grow over time.

One day, we might run out of resources. The more pressing concern, though, is what extracting these resources does to earth—and to us. Mining tears up landscapes, including forests, which means a reduction in an important carbon sink. It also spreads poisonous materials into soils and waterways. And fossil fuels are responsible for three-quarters of global carbon emissions.

A shift towards renewable energy is absolutely necessary—and will certainly reduce the extent of some kinds of mining—but it will not fully solve these problems. The magnets in wind turbines require rare earth metals like neodymium and dysprosium, among other materials. Meanwhile, one recent study estimated that a fully-renewable grid would cause demand for lithium and nickel to increase by 280 percent and 136 percent, respectively. Right now, most of these resources come from developing nations like Chile and the Democratic Republic of Congo—which means that's where the damage will be centered, too. (We may soon begin mining the ocean floor, though the environmental impacts are far from clear.) There is no way to wipe away the impact of mining, but carefully and just policies can at least reduce the damage, so that as we're building technology that might save the earth, we're protecting people and ecosystems, too.