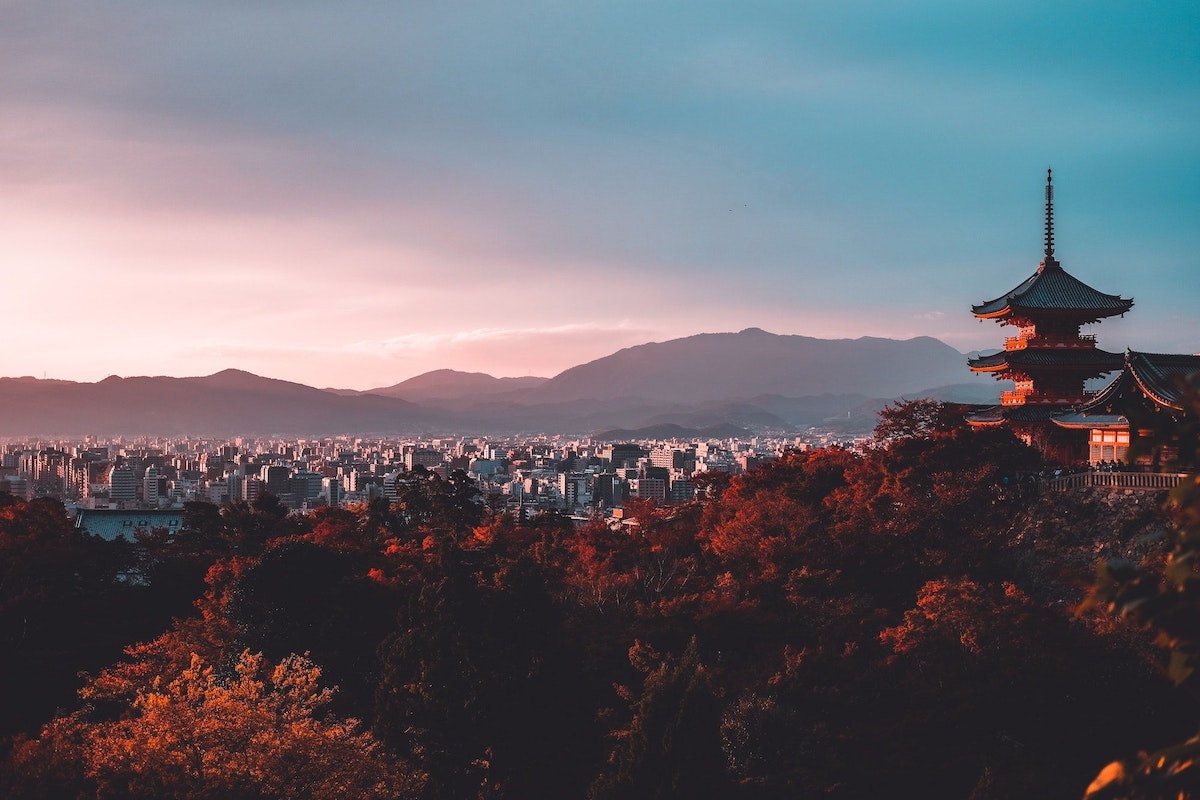 In December 1997, after a week of around-the-clock meetings in Kyoto, Japan, leaders from 150 countries launched the first global effort to fight climate change.

The document that emerged from these talks—the first legally binding global treaty on climate change—is known as the Kyoto Protocol. Imperfect from the beginning, it turned all-but-doomed after the United States refused to sign on. Still, the Kyoto Protocol shapes the global approach to this crisis today. Here's a breakdown of what the agreement entailed and how it lives on.

How did the Kyoto Protocol come about?

Governments across the world began to focus on climate change in 1992, when world leaders signed a treaty known as the United Nations Framework Convention on Climate Change (UNFCCC).

This first treaty didn't actual specify a strategy to mitigate climate change. Think of it as a meta-treaty: It established the system by which future climate-focused agreements might be developed. Its main requirement was that signatories attend future meetings, known as Conferences of the Parties (COPs).

Think of the UNFCCC as a meta-treaty: it set the terms for meetings where future agreements the Kyoto Protocol would be developed.

The UNFCCC went into effect in 1994, and the first meeting—known as COP1—was held in Berlin the next year. COP3, held in Kyoto, was a breakthrough moment: After two years of bargaining, a workable compromise was developed.

What are the main principles of the Kyoto Protocol?

The Kyoto Protocol focused on reducing emissions of six greenhouse gases: carbon dioxide, methane, nitrous oxide, hydrofluorocarbons, perfluorocarbons, and sulfur hexachloride. Emissions limits were set for 38 countries, as well as a group limit for the European Union, which then included 15 nations.

Due to economic circumstances, some countries were actually allowed to increase their emissions, while the wealthiest countries had more ambitious targets. Overall, across all countries with targets, the treaty aimed to reduce emissions by 5% compared to 1990 levels. These reductions were supposed to be accomplished by 2008 and sustained through 2012. This was known as the first "commitment period."

The targets included in the Kyoto Protocol were widely acknowledged as a small first step. Everyone knew more ambitious changes were needed in the coming years to prevent catastrophic global warming.

The responsibility of developed nations

U.N. climate negotiations follow a principle of "common but differentiated responsibility." Climate change is a collective problem, in other words, but some countries carry more responsibility: In particular, the industrialized nations that have pumped out most of the carbon must take the lead on mitigation. U.S. politicians still wanted developing nations to commit to emissions reductions. This became one of the chief tensions during negotiations in Kyoto.

Ultimately, only "Annex I" countries were given emissions-reduction targets. The phrase "Annex I" refers to a list, first included in the 1992 UNFCCC, of industrialized nations and nations in transition to industrialization. China and India—whose high-emissions futures were already clear in 1997—are not included in the Annex I list. Both are classified as developing nations.

U.S. leaders did win one concession: an ability to "trade" emissions between nations. If one nation reduced emissions beyond its target, it could transfer the "extra" savings to another country, perhaps in exchange for money. Many world leaders worried that given its economic might the U.S. might manipulate this system to its advantage.

The U.S. pushed for mechanisms that would allow for flexibility in meeting emissions targets, including an emissions trading scheme and, essentially, a form of carbon offsets.

There were other "flexibility mechanisms," too. The Kyoto Protocol allowed Annex I countries to invest in projects in another country—replacing a coal-fired power plant with a wind farm, say—and take credit for the results. (These are essentially a form of carbon offsets.)

One of these mechanisms was called "Joint Implementation," and involved investment by one Annex I country in another. The presumption was that the recipients would be countries still transitioning to industrialization. The second approach to flexibility was called the "Clean Development Mechanism," and targeted developing nations. If Annex I nations invested in technology in these countries, they could count these towards their own reductions.

How did the Kyoto Protocol work out?

Even after the negotiations in Kyoto, the U.S. caused trouble. Though President Bill Clinton signed the treaty, it had to be ratified by the Senate, which had already expressed formal opposition: Republican senators would not approve any agreement that "harmed" the U.S. economy by leaving developing nations unregulated. Clinton never bothered to submit the treaty for ratification. In 2001, President George W. Bush indicated that he would not seek ratification, either. Thus, the U.S. has never been party to the Kyoto Protocol.

In the first commitment period, overall emissions went down substantially. One of the hard-to-avoid facts, though, is that one of the world's biggest emitters—the U.S.—refused to ratify the Kyoto Protocol.

Other countries dragged their feet, too. Finally, in 2004, enough countries ratified the Kyoto Protocol to make it legally binding. This remained a loose obligation: The official "commitment period" began in 2008; even three years later, Canada was able to exit the treaty without facing punishment.

The commitment period ended in 2012. Nine countries—Austria, Denmark, Iceland, Japan, Lichtenstein, Luxembourg, Norway, Spain and Switzerland—overshot their targets, though technically all remained in compliance thanks to flexibility mechanisms. But a few countries exceeded their goals by wide margins. Overall, the treaty's signatories averaged emissions reductions of 24%.

That impressive-looking number comes with some caveats. First, when the treaty was signed in 1997, many former members of the Soviet bloc were already emitting far less than they had in 1990. The breakup of the Soviet Union crippled their economies, and therefore their reduced their emissions—a trend that persisted into the commitment period. A global economic downturn in 2008, just as the commitment period began, also helped decrease global emissions even without mitigation strategies. Finally, throughout the commitment period, the developing nations unbound by the treaty saw a rise in emissions, though they still remained lower than those from developed countries.

Is the Kyoto Protocol still in effect?

In 2012, at COP18 in Doha, Qatar, an amendment was developed to set a new set of emissions target. The second commitment period was supposed to last from 2013 to 2020, though the countries involved would change: Three major emitters—Japan, Russia, and New Zealand—had already announced that they would not take on new targets. Today, eight years later, the Doha Amendment has not been ratified by enough countries to enter into effect.

Soon after developing the Doha amendment, global leaders turned to a very different strategy. The Paris Agreement, developed in 2015, abandoned imposed targets, instead allowing each nation to develop its own goals. The upshot is that countries were far more willing to ratify Paris Agreement. It went into effect sooner than expected, essentially superseding the Kyoto Protocol in 2016. The downside? This new and lenient approach has led to a set of rather unambitious proposals.

The Kyoto Protocol's biggest legacy may be the tools it introduced to a wider audience: emissions trading and carbon offsets. The structures created by Kyoto were clearly imperfect; studies have found that the majority of projects funded by both the Clean Development Mechanism and Joint Implementation had little real-world impact. But Kyoto also inspired other systems: The European Union's emissions trading system, for example—which was integrated into the Kyoto trading system—seems to be modestly decreasing emissions. Emissions trading is a strategy that has circled back to the U.S., too: the world's third-largest trading system is in California. A handful of further trading programs across the world are under consideration now, ensuring that, despite its imperfections, the influence of Kyoto will continue.