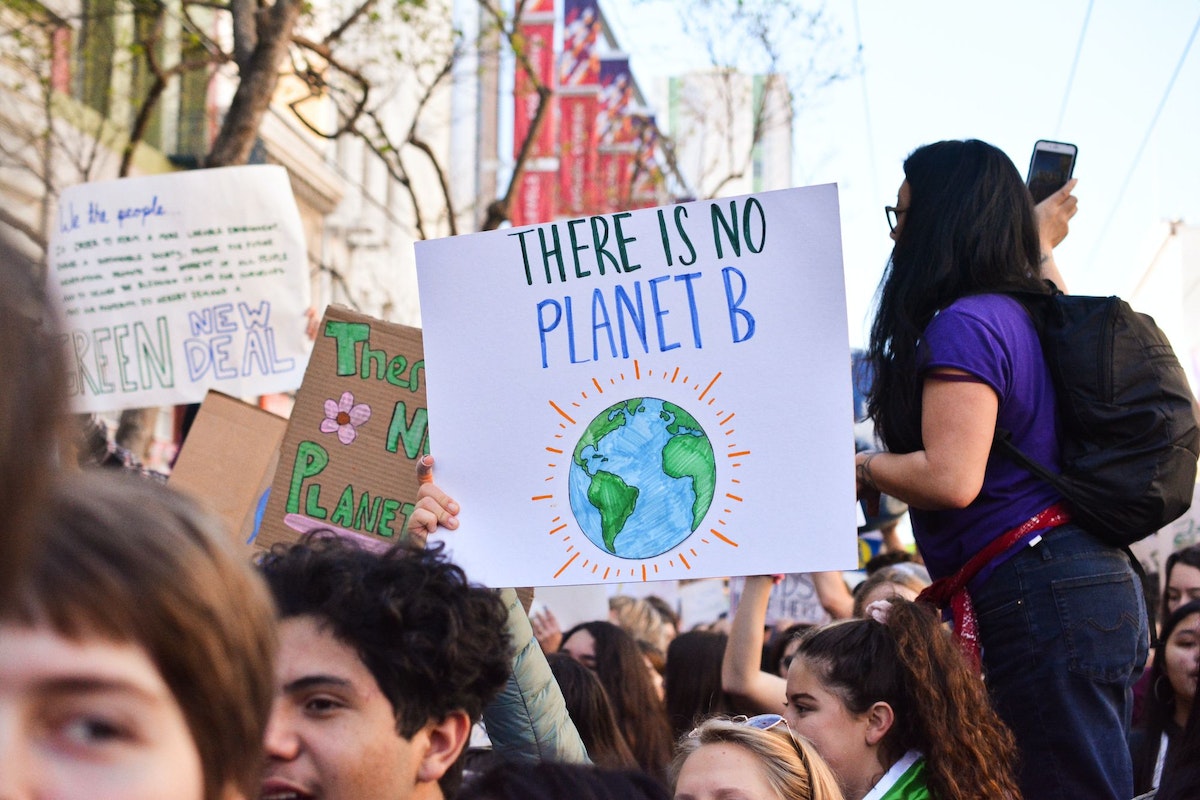 Climate change can feel like overwhelmingly massive problem. Our world is dotted with gas stations and cattle farms and power plants—as if the whole world was built the wrong way. And that's true, in a sense. Most of our technologies debuted in an era where we did not know—or did not care—about the consequences of greenhouse gases. That leaves us with a lot of cleaning up to do.

How can you, as just one person, rewrite this history? Once you accept and embrace the scope of this problem, it can actually light a way forward: it reveals where you should put your energy.

I'm not saying you should stop buying LED lightbulbs, if that's a change you've made. What we do as individuals—the foods we eat and the products we buy—can have ripple effects, as I will discuss below. But the goal has to be creating a world where there are no factories or vehicles that spew out carbon—so that whatever products people buy, they are not inadvertently contributing to more warming.

The state of the system

Let's start with a quick analysis of where the technology stands. Solar and wind power are both proven solutions that will play a fundamental role in a decarbonized world. Electric vehicles, too, look ready for prime time. There are lower-tech solutions that we know are essential, too: good public transportation, for example, can reduce emissions while also helping low-income communities access the world.

Just because we have these technologies doesn't mean deploying them will be easy. Renewable sources currently supply less than a third of global electricity, and plugging in thousands of new power plants will require solving real social, economic, and political problems. So too will building mass transportation from scratch.

Goal one is to roll out what already works. Goal two is to make the still-needed breakthroughs.

So that's goal one: Roll out what works. Our second goal has to be to make some still-needed breakthroughs. Battery storage—or new nuclear reactors, or geothermal innovation—will be required to make up for the moments when solar and wind energy is not available. Green hydrogen fuel could power airplanes and factories. A better food system that does not spew out huge amounts of carbon and methane is necessary. (For a detailed rundown of the problems solved and unsolved, check out this post.)

It can't happen without political change

Both of these goals are going to require changes at the system level—new infrastructure like charging stations for electric vehicles, new electric train lines in cities. That means we need government money invested, and government incentives steering us away from outdated emissions-heavy approaches.

We can't get these structural solutions without political change. So you can have a huge impact by getting involved in politics. If you aren't already a voter, start now—in every election!—and be sure you are educated: know what your candidates have to say about climate change.

Next, make sure your friends are voting, and that they too are in the know. Simply talking about the issue is important. As I've written before, even in the U.S., where climate denial remains politically powerful, the majority of citizens are worried about climate change. More conversations about the climate—especially conversations that begin in a place of mutual respect—can help skeptics understand both the science and what's at stake.

To make a difference in the climate crisis, you need to get involved in politics.

You should also be pestering your senators and congresspeople and city councilors and mayors—and whoever else is obligated to listen. (Look for local organizations that are doing this work already, and join these—it will amplify your own individual power.) You should focus on local politicians as much as national leaders—probably more than national leaders, really—because they are more likely to respond to you, and because many important policies are set locally.

Send the world a signal

Now, though, let's go back to those LED lightbulbs—and plant-based burgers and energy efficient appliances and all the other consumer-level choices you might make to save the planet.

If enough consumers indicate that they are willing to pay extra to care for the climate, corporations will respond. So buy electric vehicles—the more on the road, the more likely there are to be charging stations—and carbon-friendly foods. Pay for green utility pricing, if it's available where you live. You can also use our calculator to determine your current carbon footprint, and fund programs that remove or avoid carbon emissions.

Personal change is not separable from political change. Both need to happen.

Some people will object to the idea that buying anything is the answer—over-consumption has pushed us to the brink of crisis, after all. And global corporations don't have a great track record when it comes to solving global problems. These critics are right to insist that our climate solutions not only mitigate emissions but promote justice, too.

But your personal behavior is about more than the market. Such choices can be "infectious," as Annie Lowrey recently pointed out in The Atlantic: one study found that if you install solar panels, that nearly doubles the chance that a neighbor will, too. The changes we need are both social and technological, which means you don't have to choose between making personal changes or fighting the system. Indeed, one without the other is incomplete.