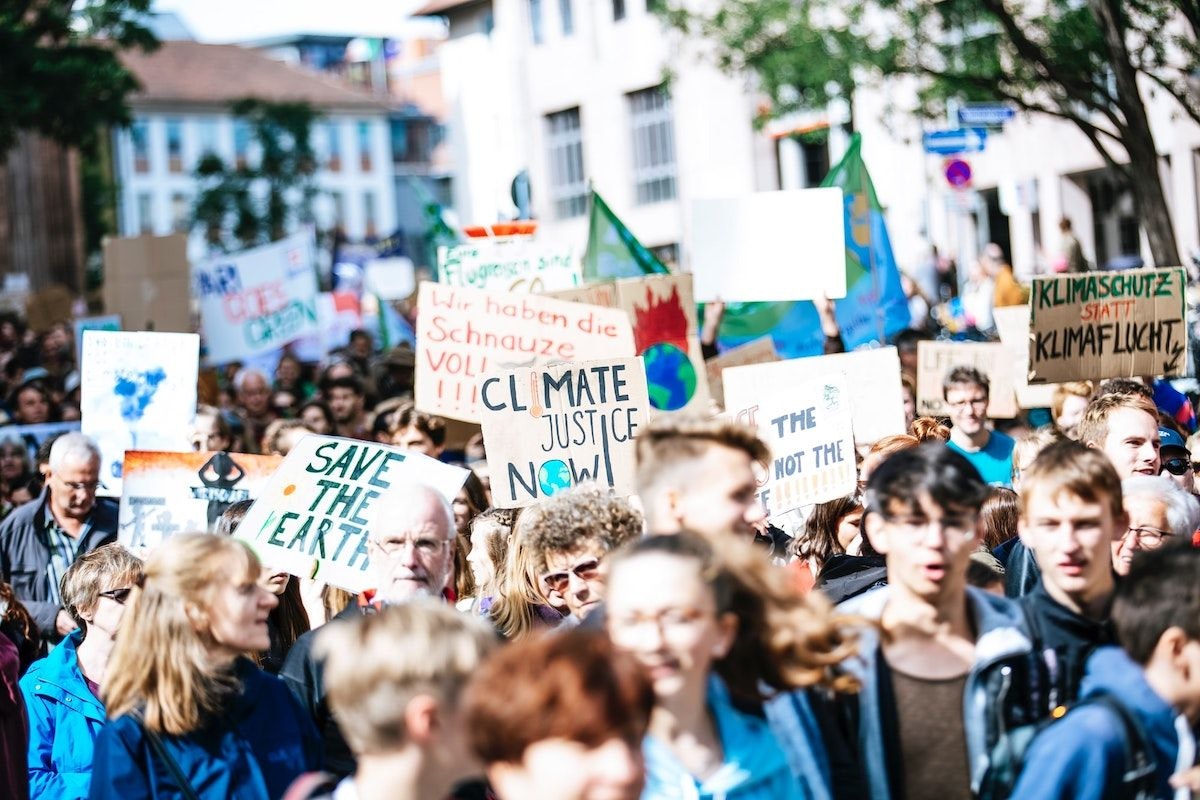 Discussions about climate change often focus on science and technology: what causes the problem? What solutions exist? But lost in that discussion, sometimes, is the fact that climate change is also an issue of politics—and of human rights.

The climate justice movement seeks to center the discussion on, well, justice. Its advocates point out that global warming has been has been driven by a small sector of actors—including wealthy countries generally and oil-and-gas corporations specifically—and will most impact regions and individuals who bear little responsibility. They believe that addressing climate change will require confronting and dismantling the groups and systems that allow for this inequity.

What are some of the key ideas of the climate justice movement?

One of the common beliefs within the climate justice movement is that the individuals and nations that bear the least responsibility for climate change will suffer the greatest consequences. The greatest warming will occur in the tropics, where some of the world's poorest nations are located.

The greatest warming will occur in the tropics, where some of the world's poorest nations are located.

Even within a wealthy nation like the United States, poverty makes people more vulnerable to climate change: poorer Americans are more likely to live in low-lying lands that are prone to flooding; their homes are less likely to be built from the sturdy materials needed to withstand a flood, or to have the air-conditioning that is needed to survive extreme heat. And when disaster strikes, it's harder to recover, since these communities often lack the money to rebuild. They often receive fewer government resources, too. (The U.S. government's unresponsiveness to—and outright oppression of—New Orleans's Black residents after Hurricane Katrina is often cited as an example of climate injustice.) Climate change, then, will create a vicious feedback loop, deepening existing inequalities.

Climate justice emphasizes listening to and empowering frontline communities, rather than outsiders developing solutions on their behalf.

The climate justice movement is intertwined with other social movements: movements for racial justice and labor rights, for expanding democracy, and for creating new economic and legal systems. The movement is also clear-eyed about culprits: the world's industrialized nations, which have released the majority of greenhouse-gas emissions, must shoulder the burden of addressing the problem.

The corporations that have profited from fossil fuel extraction—and denied the well-established science of climate change—must be held accountable, too, according to many within the movement. Often, climate justice organizations implicitly or explicitly criticize capitalism as a part of the problem.

How did the climate justice movement develop?

The early environmental movement in the United States was often perceived as elitist, more concerned with protecting beautiful natural spaces than considering the environmental hazards frequently faced by people of color and low-income communities.

When it came to environmentally destructive facilities, like coal plants, environmentalists seemed to focus on just keeping them out of sight. Thus the famous NIMBY acronym, which stands for "not in my back yard." Some Black environmentalists developed a second, ironic acronym, PIBBY, for "place in Blacks' back yard." The National Association for the Advancement of Colored People has found that a Black family making $50,000 is more likely to live near a coal plant than a White family making $15,000.

Before climate justice, some activists were pursuing "environmental justice," a movement often traced to Warren County, North Carolina. There, in the 1980s, residents of a poor, rural, and largely Black community marched in protest of a toxic landfill. Their tactics drew on the fight for civil rights in the United States throughout the twentieth century, and inspired national press coverage. A decade later, major environmental organizations finally began to incorporate inequality into their work.

Around the year 2000, activists began applying the same tactics and principles to the fight against climate change. One researcher identifies a 1999 article by an advocacy group as the first to use the phrase "climate justice." Over the next few years, a wave of conferences and summits focused on climate justice, helping to spark various coalitions and organizations that are active today. (This reading list offers many more details.)

What kinds of action are people taking in pursuit of climate justice?

The lengthy protest against the Dakota Access pipeline on the Standing Rock reservation is one of the most famous examples. The pipeline, which carries oil from North Dakota to Illinois, was initially supposed to pass near Bismark, North Dakota. This route was deemed a threat to local water supplies, and the pipeline was re-routed through the Standing Rock reservation—damaging tribal resources so the rest of the world continue to burn fossil fuels. Protests in 2016 led the Army, which oversees civil works, to seek a new route. (In 2017 the agency changed its mind, and construction began. A court-ordered environmental review is now under way.)

Organizations have also staged protests outside banks that invest in oil and gas and outside the White House. In 2019, inspired by the 16-year-old Swedish activist Greta Thunberg, students across the world began to walk out of schools. In an open letter, Thunberg and other participating students "demand[ed] justice for all past, current and future victims of the climate crisis."

The battle is not just in the streets, but in court rooms, too. In one of the world's first major climate-focused cases, the U.S. Supreme Court declared that the U.S. Environmental Protection Agency's rationale for not regulating greenhouse gas emissions was insufficient.

That suit was filed by a group of states, but increasingly citizens and nonprofits are filing lawsuits, too. In late 2019, for example, the Dutch Supreme Court ruled in favor of a group of citizens who believed the nation's mitigation targets were insufficiently ambitious.

Not every suit has been favorable. A well-publicized case, filed on behalf of a group of U.S. youth, was dismissed in early 2020, though lawyers plan to appeal. Observers have noted that the rate of climate cases is increasing around the world—and that the cases are beginning to target not just governments, but corporations, too.

Through these tactics, the climate justice movement goes beyond merely discussing technical solutions to climate. Really, this movement is about power—about getting move voices at the table, especially the voices of those with the most on the line.

What is ocean acidification?