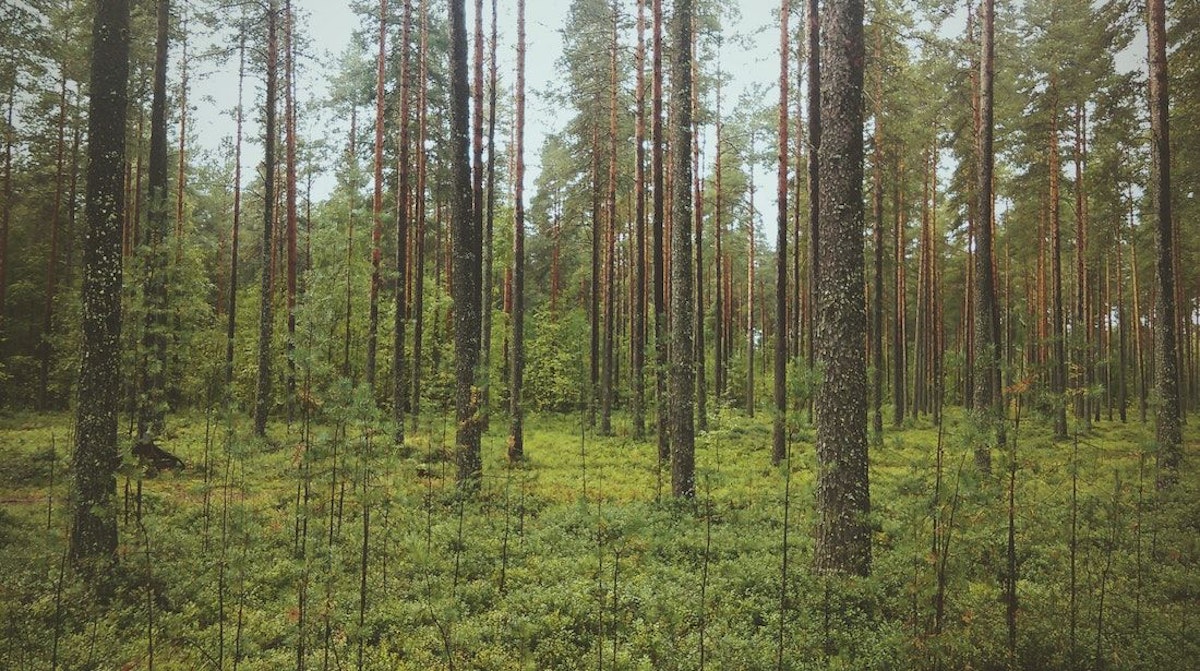 In January, at its annual meeting in Davos, Switzerland, the World Economic Forum announced a plan for a new "platform." The One Trillion Trees Initiative will support ongoing efforts to grow, restore, and conserve a trillion trees across the globe. The plan, as the news release emphasized, was endorsed by U.S. President Donald Trump.

That support—from a leader who once called climate change a hoax—caught the world's attention, and led to a wave of questions about whether reforestation even works.

But what is reforestation? At its simplest, it is just the act of putting back trees where they have been lost. And it can be quite effective—when it's done right.

Where did the idea come from?

People have been planting trees for millennia, for all kinds of reasons. They have monetary value, growing into wood that can be cut or burned. They provide shade and block wind. And, of course, they're beautiful.

In the 1970s, as scientists first began to worry over carbon and climate change, they found one more reason for planting trees: more trees means less carbon in the air. That's because trees, like all plants, pull carbon dioxide out of the atmosphere, through photosynthesis, to produce carbohydrates. Much of this carbon is stored within the tree—carbon often makes up more than half a tree's dry weight.

A 2019 paper in the journal Science attempted to determine just how much room was left in the world for new trees. Their conclusion caught the world's attention: more than 2 billion acres, they calculated, more land than the continental U.S. That could soak up more than two thirds of the carbon released by all human activity since the Industrial Revolution. Reforestation, the paper declared, was "our most effective climate solution to date." That bold claim caught the attention of a Silicon Valley mogul, who conceived of the platform launched at Davos.

Does reforestation really have such a big impact?

The same paper in Science also prompted quick criticisms from other researchers. Some scientists quibbled with the paper's estimates and calculations. Others pointed out that to be effective, reforestation must confront both social and technical challenges.

The world is already a tangled mosaic of property, so trees can't just go anywhere. And even in places that seem appealing, they can have negative effects on local communities. A reforestation program in China, for example, wound up soaking up so much water that the water available for local communities was reduced. And because trees were planted in former croplands, too, natural forests wound up cleared for new crops.

Trees in the wrong places can also decrease biodiversity—if, for example, they replace still-intact grasslands or savannas. (Since these areas previously lacked trees, this would technically qualify as afforestation; reforestation only occurs where removed trees are replaced. Both are components of the One Trillion Trees Initiative.) Sometimes reforestation projects produce tree plantations, vast tracts with just one species of food or timber tree. These are economically productive, but do not store nearly as much carbon as natural forests, nor do they provide extensive habitat.

Further, trees are often cleared and replanted each decade on commercial plantations, which releases much of the carbon stored. That's why some reforestation programs, like the International Small Group and Tree Planting Program in East Africa—one of Wren's supported projects—work to incentive keeping trees in the ground.

How do you maximize the benefits of reforestation?

No one thinks trees are a bad thing—it's just that they just have to go in the right places, in the right ways. Tropical forests near the Equator are an important target for planting, since their trees grow more quickly, and pull up carbon faster, than elsewhere in the world. (Snowy regions, meanwhile, are a particularly bad option: there, trees block snow's reflectivity, which helps bounce the warmth of sunlight away from the earth.)

The United Nations has declared the next ten years a "Decade on Ecosystem Restoration," and their programming will be supported by the One Trillion Trees Initiative. The UN's reforestation guidelines call planting in places where forests have previously thrived, and certainly not in historic "grasslands, peatlands or wetlands." They also encourage the use of native trees, which is important since non-native species can actually increase the amount of carbon released by forest soils.

Scientists have also made clear that we need to focus as much on restoring degraded forest and protecting existing forest as on planting new trees. Brazil has become a particular hot spot, as after President Jair Bolsonaro took power in 2019, deforestation rates spiked upwards. (Deforestation has also already increased the number of "hot nights" enough to lower local corn yields.) One way to protect forests is to empower indigenous communities, often the best stewards of forests. Research shows that simply granting such communities legal title to land can reduce forest clearing. (Another project that Wren supports helps the Ticuna community in Peru protect their forests using satellite imagery and other monitoring technology.)

Recently, scientists have pointed out that using forests to store carbon may be risky, given the potential for climate change to cause wildfires of pest infestations. Reforestation will require clear communication between scientists and policymakers, as well as strict protection of the forests.

Even the scientists who authored the 2019 Science paper note that tree-planting, for all its promise, has limits. The full benefits of a trillion trees will not arrive for a hundred years, as Tom Crowther, one of the authors, indicated to the New York Times.

"If tree planting is just used as an excuse to avoid cutting greenhouse gas emissions or to further limit environmental protection, then it could be a real disaster,” Crowther said. Reforestation, in other words, must be one solution among many—and it cannot be an excuse to maintain the status quo.

What is sustainable living?