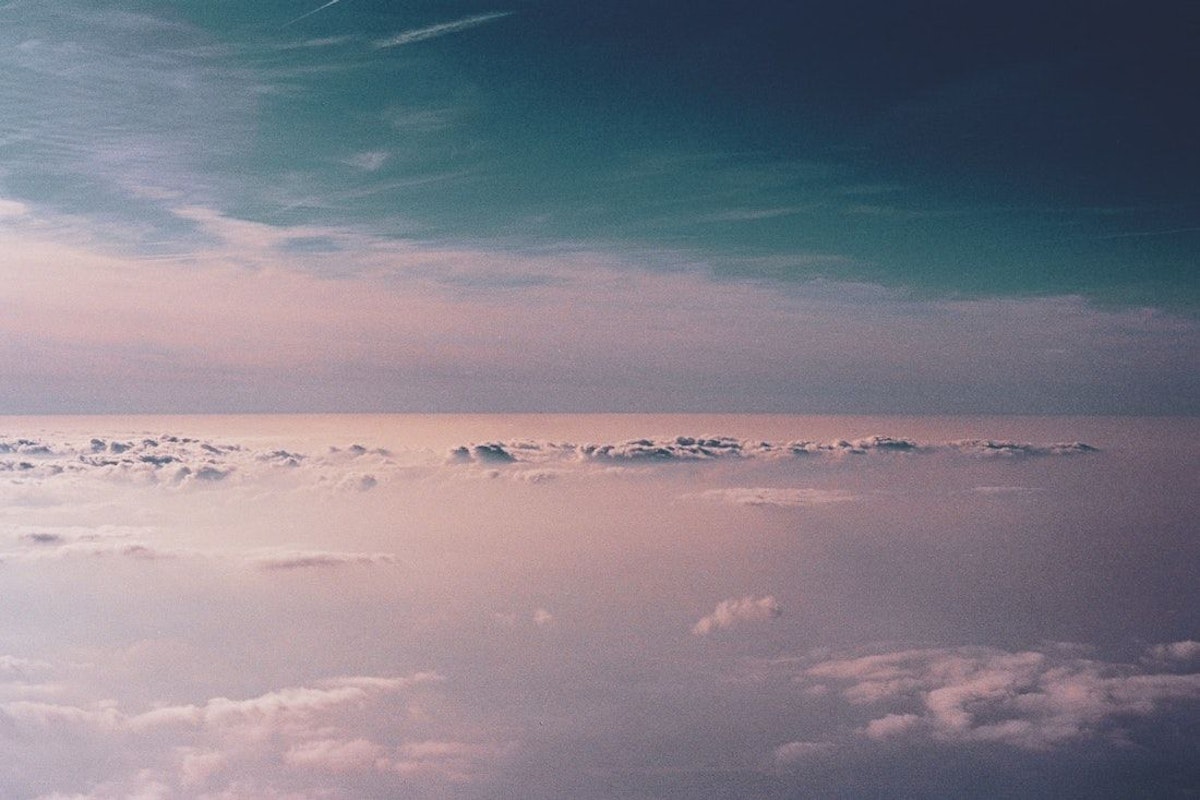 At this point, the familiar phrase "greenhouse effect" may pass you by without much pause. You probably know that there is a layer of bad, bad gases up in the atmosphere, and that they trap heat, and that's making the earth get too warm.

But how exactly does that work? When it comes to climate change, a thorough understanding of the science is worth the time, so we'll break it down here.

What is the greenhouse effect?

The greenhouse effect is the consequence of certain gases' presence in the atmosphere. These gases trap some of the heat emitted by the earth. Similar to the glass walls of a greenhouse—which allow light to enter, but prevent air, once warmed, from escaping—greenhouse gases cause hold heat in the atmosphere, causing temperatures to increase.

Without greenhouse gases, the earth would be cold—frozen to death, in fact. The natural presence of "greenhouse gases" allowed life to flourish on earth. Now, though, anthropogenic emissions—the release of greenhouse gases by human beings—has become a severe problem.

How does the greenhouse effect work?

To understand the greenhouse effect, you first need to understand how energy enters and leaves the earth and its atmosphere.

Almost all of the energy that arrives into the "earth system" comes in the form of sunlight—that is, as high-energy, short-wavelength solar radiation. Nearly a third of incoming solar radiation is reflected away from the earth by clouds, ice, and other reflective surfaces. Some of the remaining energy is absorbed by the atmosphere. Most, though, is absorbed by the earth itself.

The earth converts this radiation into heat. If there was nothing floating above the earth—no atmosphere, that is—then this "terrestrial radiation" would, once emitted from earth, head off into space. But certain gases in the atmosphere also absorb heat, and re-emit it again in all directions—that is, back towards earth and all throughout the atmosphere. These are the "greenhouse gases," and their presence leads to an increase in global temperatures.

What role do human beings play?

Carbon dioxide, the most famous greenhouse gas, was present in the atmosphere when the earth first formed 4.5 billion years ago. Due to a variety of natural factors, its concentration has ebbed and flowed naturally. And if not for carbon dioxide and other naturally occurring greenhouse gases, the earth's average temperature would be well below freezing, making life as we know it impossible. So what's the big deal?

The last time carbon dioxide was so prevalent in our atmosphere was three million years ago. The world was multiple degrees hotter and seas stood 50 feet higher then.

Well, the last time carbon dioxide was so prevalent in our atmosphere was three million years ago—and back then, the world was multiple degrees hotter and seas stood 50 feet higher than today. This recent spike has been caused by humans—or, as scientists say, it is anthropogenic—and it is clear that it is warming the planet: since 1880, the average global temperature has already increased by 1°C, and by 2052, is likely to warm another 0.5°C, even if we take action now.

Not every gas in the atmosphere has a greenhouse effect. Heat passes through nitrogen and oxygen, the two most abundant atmospheric gases, with no effect. The greenhouse gases actually make up a relatively small portion of the atmosphere, but they have a big effect.

Carbon dioxide (CO2), the most familiar greenhouse gas, cycles in and out of the atmosphere naturally: it is absorbed by plants, for example, and re-released if the plants are burnt by a wildfire. But because carbon dioxide is produced when fossil fuels and biomass are burned, too, this gas is the major driver of anthropogenic climate change, contributing nearly 80% of the increase in greenhouse gas emissions between 1970 and 2010. (Carbon dioxide can also be released through changes in land use, such as cutting down forests.)

Methane (CH4) is another major greenhouse gas. We sometimes call methane "natural gas" and it is indeed produced naturally, particularly in swamps. But it is also released from anthropogenic sources, including leaking pipelines and burping cattle. Pound for pound, methane is much more problematic than carbon dioxide, given how efficient it is as at re-emitting heat—but it makes up a much smaller sliver of human emissions, and does not last as long in the atmosphere. Nitrous oxide (N2O) is one more greenhouse gas whose natural presence has been increased by human causes—and it is even more efficient than methane at re-reflecting heat, though it makes up a smaller sliver of emissions still.

There are also a few greenhouse gases that are entirely anthropogenic—that is, they exist only because they were synthesized. "Fluorinated gases," so named for the presence of fluoride, are often used as refrigerants, solvents, and fire retardants. Fluorinated gases reflect thousands of times more heat than every pound of carbon dioxide; fortunately, they are a relative rarity.

There are a few other materials to consider, too. Aerosols, or small particles of solid and liquid matter, can have a greenhouse effect. But most aerosols also reflect incoming solar energy away from earth, which more than makes up for their contribution to global warming. Indeed, scientists believe that without the presence of aerosol,s the world might be another degree warmer. (Nonetheless, given their impacts on human health, aerosols still aren't great to have around.)

Another greenhouse gas, ozone (O3), is not directly emitted by humans. Instead, it is produced when chemicals in car and industrial exhaust interact with natural chemicals in the atmosphere. Ozone is one of the primary components of the "smog" that plagues some cities.

The most abundant greenhouse gas may surprise you: water vapor (H2O). Water's role in the atmosphere is complicated, given that air temperature has a direct effect on its presence. One worry is that warmer air can hold more water—launching a potential feedback loop, in which vapor leads to warming, which leads to more vapor. But there is a limit to how much water the air can hold; eventually, it will condense into clouds, which deflect incoming solar radiation. (And unlike most other greenhouse gases, water vapor stays in the air for a few days at a time.) Scientists are still working to understand these cycles, as well as how the concentration of water vapor may have changed over time.

What can we do about it?

The scary truth is that the greenhouse gases we've already emitted have had an impact that can't be undone: Already, the world is a degree warmer than it was before the Industrial Revolution—and is growing hotter still. Our goal now has to be to limit further warming as much as possible.

The Intergovernmental Panel on Climate Change wants to keep warming at or below 1.5°C. To get there, they say, our work is cut out for us: The world needs to hold the concentration of atmospheric carbon dioxide at its present levels, and decrease the concentration of other greenhouse gases.

The scary truth is that the greenhouse gases we've already emitted have had an impact that can't be undone.

That will require a rapid overhaul of the world's electricity grids, shifting to mostly renewable energy sources by 2050, perhaps accompanied by more controversial technologies like advanced nuclear power. And we will simply need to use less electricity, too. Industry will need to reduce its emissions by as much as 90% as compared to 2010 levels. As electricity gets cleaner, other energy consumers—like transportation systems—will need to electrify.

Even with all those changes, we will still be emitting carbon. So getting to "net zero"—that is, no more carbon dioxide than there is now—will require pulling some carbon out of the air. That will mean restoring and planting new forests, since trees soak up carbon. (That's why Wren supports tree-planting projects, including the Future Forest Company in Scotland.) It will also likely include carbon-capture technology, which traps emissions and finds ways to store it outside of the atmosphere.

The bad news is the size of the challenge. It will require people in the developed world to all make real changes in how we live—and to convince our governments to make changes, too. The good news is that the answers are there, if we have the collective will.

What is the difference between conservation and preservation?