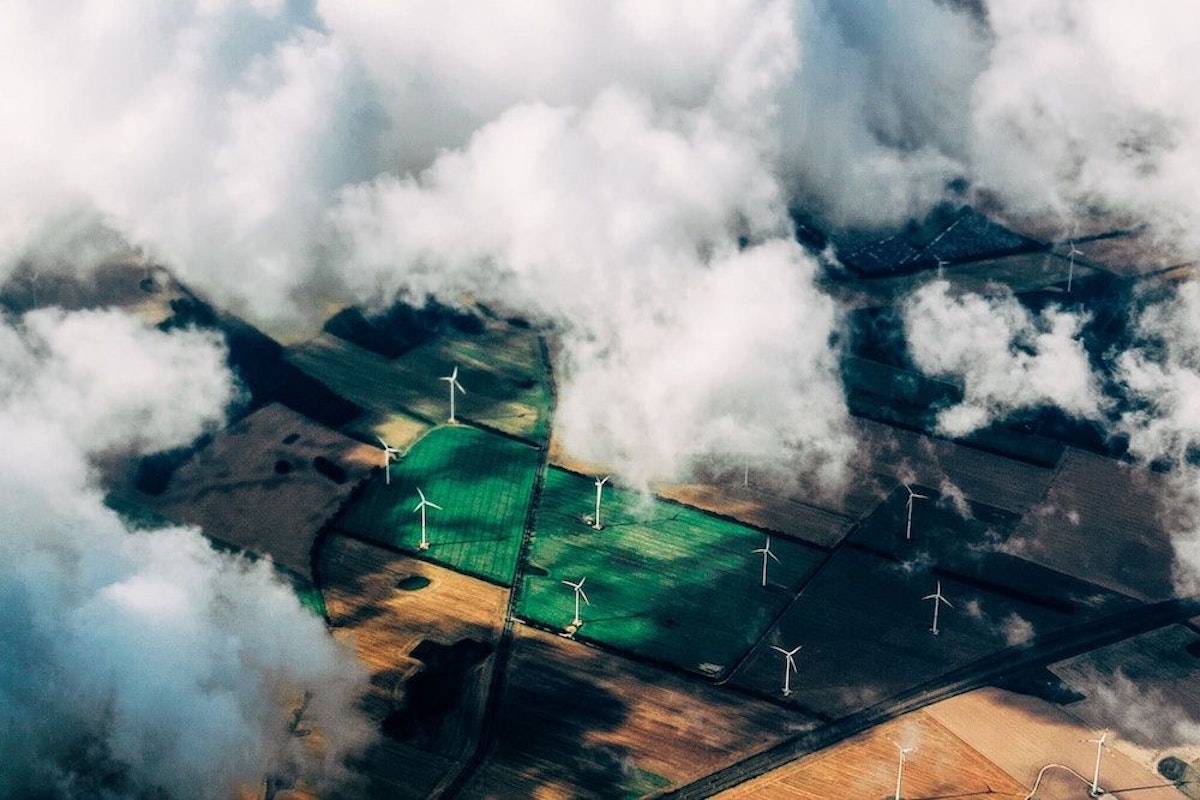 First up: what even is the climate?

Both are concerned with the conditions of the earth's atmosphere, but weather is focused on a short time period. Climate, meanwhile, is the average state of weather over a longer period—from a few months to thousands or even millions of years. (The most common period measured is 30 years. The World Meteorological Organization calls this the "classical" period.)

Climate is the average state of weather over a long period of time—from months to thousands or millions of years.

What is the climate system?

Though climate describes the behavior of the atmosphere—the layer of gases that surrounds the earth—the atmosphere is just one of five components in what scientists call the "climate system." This system also includes:

...And then there's the sun

There is one more important element to consider: the sun, which is not a part of the climate system, but provides energy to the system in the form of solar radiation, or sunlight.

The amount of solar radiation that enters the climate system can vary due to the activity of the sun itself. For example, the sun undergoes a roughly eleven year cycle in which its radiation grows and shrinks (and–just a cool fact–its north and south poles switch places!)

The amount of solar radiation entering the system also varies due to changes in the earth's reflectivity. Typically, around a third of the radiation that reaches the earth's atmosphere bounces back into space—off of clouds, or off of small floating particles of solids or liquids known as aerosols, or off of snow and ice and desert sands. Lighter-colored surfaces tend to reflect more sunlight.

Energy can also wind up trapped inside the system thanks to greenhouse gases. Some of the solar energy the earth absorbs is converted into longer wavelength radiation that goes back towards space. But some of these long waves bounce off gases in the atmosphere—known as greenhouse gases—thereby increasing the amount of energy in the system.

Different locations on the earth have different climates. For example, the appeal of a tropical vacation has everything to do with sunlight: the equator receives more direct sunlight, and therefore the atmosphere tends to be warmer in the tropics.

Oceans, meanwhile, tend to have a moderating effect on temperature, as they absorb heat and spread it more widely than dry land, keeping the nearby atmosphere cooler. Higher altitudes are cooler because the higher you go in the atmosphere, the more dispersed its gas molecules become. This reduces air pressure and therefore air temperature. The presence of trees can also affect the local climate, as leaves release water vapor during photosynthesis—creating, in one famous example, more rain over the Amazon.

Changes inside the system

Climate varies not just from place to place, but over time as well. Some of the variability in climate emerges from the ongoing interactions between the five elements of the climate system. Such changes are called "internal climate variability."

For example, the temperature of the ocean will affect the temperature of the air above it (and vice versa). This interaction between air and ocean temperatures creates semi-predictable long-term patterns, called "oscillations." El Niño—which is known to scientists as the El Niño-Southern Oscillation, or ENSO—is the most well-known example. Based on the air and ocean in the tropical Pacific, ENSO creates years-long periods of drier or wetter weather, along with predictable changes in temperature.

There are even longer, slower changes, too. Continental drift has caused ice ages, since the distribution of land and water influences the warmth of the atmosphere. Changes in the biosphere matter, too. Methane—an even stronger greenhouse gas than carbon dioxide—was likely once a prominent component of the atmosphere. Then, around 2.4 billion years ago, photosynthesis evolved in some bacteria, which began releasing oxygen as waste. The oxygen reacted with methane to form carbon dioxide, reducing the extent of the greenhouse effect, and thus causing a period of global cooling.

Methane—an even stronger greenhouse gas than carbon dioxide—was once a prominent component of the atmosphere.

The ongoing cycle of life continues to change the amount of greenhouse gases in the atmosphere. That's because photosynthesis continues: plants and bacteria keep pulling carbon dioxide out of the air. Some is re-emitted, through respiration. Some enters into the soil. Some is passed on as plants and bacteria are consumed by other organisms. As organisms die, some of their remains, including carbon, are fossilized deep underground. These fluxes constitute the "carbon cycle," which leads to constant shifts in the amount of carbon dioxide in the atmosphere.

There are also "external forcings" that can alter the climate—that is, changes that come from outside the climate system. The sun's eleven-year is one major example. Another is the eruption of volcanoes, which sends carbon dioxide that has been trapped in underground fossils into the atmosphere. (Asteroids landings do the same.)

Then there's us—humanity. It may seem strange to consider living things as beyond the climate system, but our impact on the climate is now so large and so clear that the International Panel on Climate Change defines human-caused changes as external forcings.

We have essentially disrupted the natural carbon cycle in the same manner as volcanoes: by burning fossil fuels, we are taking carbon dioxide that is trapped underground, outside of the climate system, and returning it to the atmosphere.

Of course, there is an upside to recognizing that humans can disrupt the natural climate system: by taking responsibility for our impact, we can also put ourselves on a better path.

Why is biodiversity important?