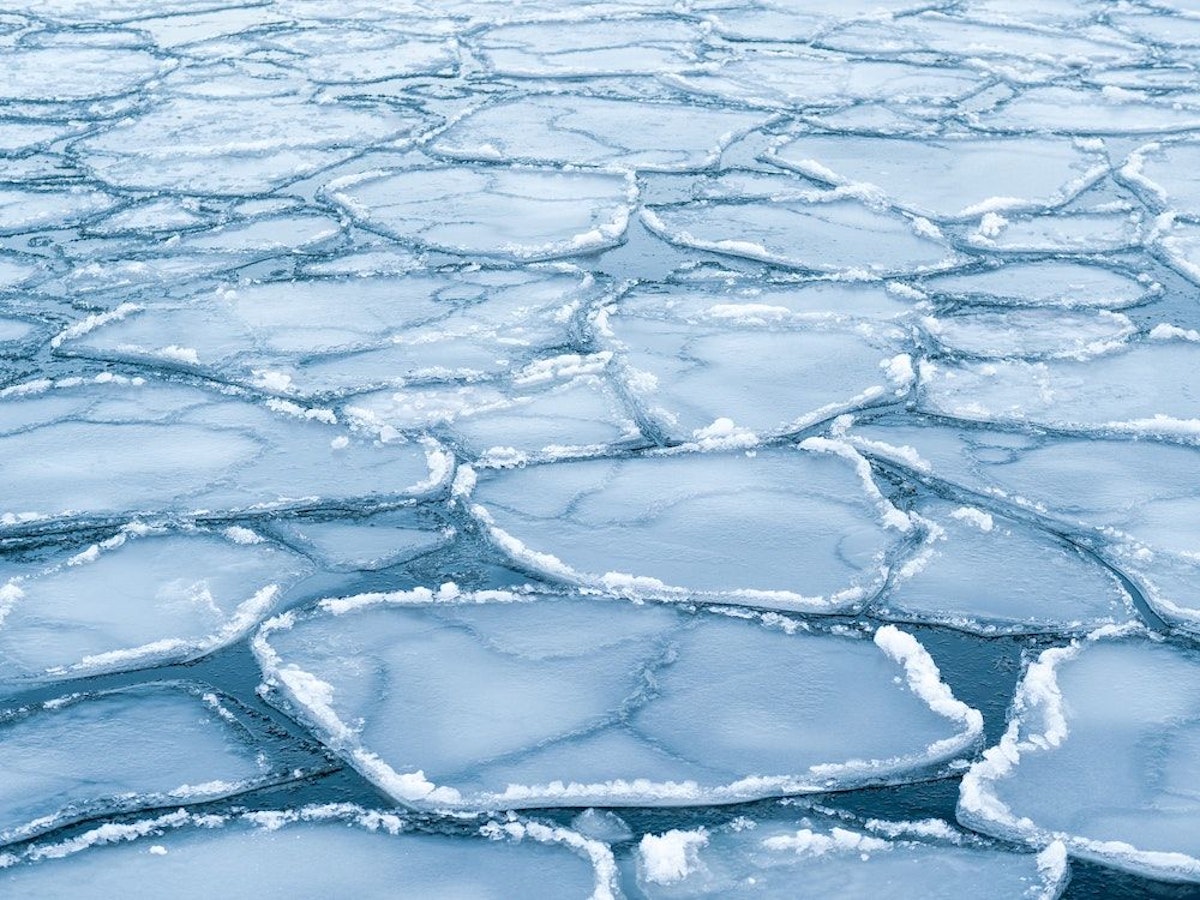 To cross the "Northwest Passage"—an oceanic route connecting the Atlantic and Pacific oceans, via the Arctic—was once a treacherous feat. Thick layers of ice encrusted the water. Early explorers often found themselves stranded and starving. Even after icebreaking boats began to clear the path in the twentieth century, passage was only possible in late summer, once the ice was thin enough to smash apart.

Then came 2017. In July, a boat set a record for the earliest successful voyage across the Arctic. Then, a just a few weeks later, a specially built tanker became the first to cross the Northwest Passage without the assistance of icebreakers. Carrying a load of natural gas, the boat traveled from Finland to North Korea in 19 days—saving more than a week compared to the alternate route to the south.

This was a signal: The polar regions are changing. For the shipping company, that might be reason to celebrate. For most us, though, it should inspire fear.

What is an ice cap?

The phrase "polar ice cap," though frequently used, is somewhat misleading. A quick lesson in terminology is in order.

We talk about polar "ice caps," but there is much more to the polar topography.

First, it's important to know that a glacier can only exist on land. Glaciers are layers of snow that have sat in place so long that they've compressed into ice. Like rivers, they flow—though very, very slowly. Currently, glaciers cover about 10% of earth's landmass.

There are a few different terms for glaciers, depending on their size: An ice sheet is a glacier larger than 50,000 square kilometers. An ice cap, meanwhile, is simply a smaller glacier.

So while we take about "polar ice caps," there's actually much more up there. In particular, there is also sea ice: ocean water that has frozen. One more term worth knowing: an ice shelf results occurs where a glacier meets the water. Ice shelves are typically much thicker and stronger than sea ice. (When portions of an ice shelf break away onto the water, these become icebergs.)

What exists at the poles?

The two poles differ substantially in terms of ice cover. The South Pole is landlocked, set amid the rocky continent of Antarctica. Frigid temperatures have created a massive glacier that covers the continent—one of earth's two ice sheets.

At the edges of the continent, beyond the glacier's ice shelves, there is also fringe of sea ice, though it nearly disappears most summers when temperatures warm.

The North Pole, meanwhile, sits amid the Arctic Ocean. There is no land here, but there is a vast field of sea ice. At its peak in wintertime, Arctic sea ice can cover as much as 16 million square kilometers, an area nearly the size of Russia. As summer arrives, the edges of the ice melts. The ice field never disappears entirely—or hasn't yet, at least. By September, the total extent typically drops to 7 million square kilometers.

What is happening to all that ice?

Let's start up north, in the Arctic. Here, more ice is melting most summers than is replaced during the wintertime freeze. In other words, the extent of the ice sheet is gradually declining. Over six decades, the thickness of Arctic sea ice has decreased by two thirds; in the summertime, its extent is now half what it used to be. Though the timelines vary, many scientists believe the Arctic will have an ice-free summer within decades—perhaps by 2035, according to the latest published estimate.

Substantial waves were once rare in the Arctic Ocean, but lately researchers have noted waves as as large as a house. This could cause a feedback loop, as the waves jolt apart what ice still remains.

A different feedback loop is already in effect. The poles are extra cold thanks to their ice, which deflects sunlight away from earth. As ice disappears, less sunlight is reflected, and more heat stays in the Arctic atmosphere. That's why the temperature is rising two to three times more quickly in the Arctic than the global average.

It's not just sea ice melting. Ice shelves are "calving," or falling away into the sea. Recently, a shelf the size of Manhattan broke off in Canada, where scientists have found that glaciers are melting at their fastest rate in 4,000 years. In Greenland, meanwhile, glaciers are losing 200 billion tons of ice in an average year. Scientists recently determined that the Greenland ice sheet has passed a point of no return: it might take thousands of years before the ice melts completely, but the atmosphere is now too warm for the ice sheet to grow in sufficiently in winter to make up for the ongoing loss.

The ice sheet in Greenland has passed a point of no return. It may survive for another thousand years or more now, but it is slowly melting to oblivion.

Down south is a different story. Whereas northern ice forms thick, long-lasting layers, Antarctic sea ice is a thin ring around the continent. This has always been an easy come, easy go: most Antarctic sea ice melts in summer and is replaced by entirely new ice in winter. That's likely why in Antarctica, the overall trendline for sea ice is flat. Still, there is plenty of reason to worry about Antarctica. Its glaciers are shedding 100 billion pounds of ice each year, and appear increasingly unstable.

As the ice breaks apart, there is more open ocean. This is an exciting prospect for a few countries, Russia especially, as it opens new shipping routes.

Of course, more ocean is a bad thing for many other people. Already, due to glacial melt in Antarctica and Greenland since 2003, sea level has increased by 14 millimeters. The Intergovernmental Panel on Climate Change has indicated that sea-level rise could hit more than a meter before the end of the century. Worst-case scenarios predict double that rise.

Higher oceans are caused by melting glaciers, not by melting sea ice. Since sea ice (and ice shelves) already displace the water they float atop, their disappearance does not raise the overall level of the oceans. Still, the loss of sea ice is plenty troubling, too.

What happens when sea ice melts?

Sea ice is integral to Arctic and Antarctic ecosystems: It provides habitat for land-based species like polar bears and penguins and it influences underwater ecosystems by blocking sunlight, creating dark, cold pockets below. As the ice disappears, the underlying conditions change.

The cold zone around the North Pole influences the flow of wind and water across the globe. So as its ice melts, it will alter the weather.

But this isn't just a local problem. Some Arctic ice holds ancient methane, another greenhouse gas, so the ice melts we could face a massive increase in emissions.

The presence of polar ice also creates a swath of cold air so large that it influences the flow of global air and ocean currents. That means as ice melts, global weather patterns will change. Already, there have been erratic alterations to wind patterns in lower altitudess, and a run of wet summers in Europe has been blamed on the loss of ice. Meanwhile, the western U.S. may turn more arid. It's one more demonstration of a grim fact: The problems of climate change are never just local, but form a broad and tangled catastrophe.

An update to the Wren Climate Portfolio (Dec. 2022)